Homing in on education

Mortgage lender HDFC is putting the building blocks in place to grow its education venture Credila.

A few weeks after Housing Development Finance Corp (HDFC) picked up a stake in a little-known company in November 2009, the mortgage lender's chairman, Deepak Parekh, met the target's founder brothers at his office in Mumbai. Parekh asked Ajay and Anil Bohora a few questions about their Nashik-based education loan provider, HDFC Credila Financial Services. "Can you show me four loan files - two accepted and two rejected ones?" he said.

The siblings were caught off guard. After all, due diligence had already been done and the deal sealed. The files were brought from one of HDFC Credila's two Mumbai branches. Parekh flipped through them and then handed them back. HDFC Credila's loan appraisal process, he told the Bohoras, was good but a little too detailed. He offered some simple suggestions - shorten the four-page application form, use easier words such as 'paste' instead of 'affix', make greater use of technology, and provide customised loans. The brothers listened with rapt attention. "We were getting good insights from the man most admired in the financial services sector," says Ajay Bohora, HDFC Credila's CEO and the younger sibling.

That meeting was the first and last intervention by Parekh after HDFC acquired 41 per cent of HDFC Credila from investment bank DSP Merrill Lynch Capital. He never did so again, not even after HDFC gradually increased its stake in HDFC Credila to 89 per cent on a fully diluted basis. HDFC Credila seamlessly fitted into HDFC's plan of expanding its education loan business. "We were amazed to see how HDFC Credila was approaching the education loan business in a focused manner… something we did at HDFC for home loans," says Renu Sud Karnad, Managing Director at the mor tgage lender and now Chairperson of Credila. Karnad is one of three HDFC representatives on HDFC Credila's board. There is no HDFC executive in HDFC Credila's top management. 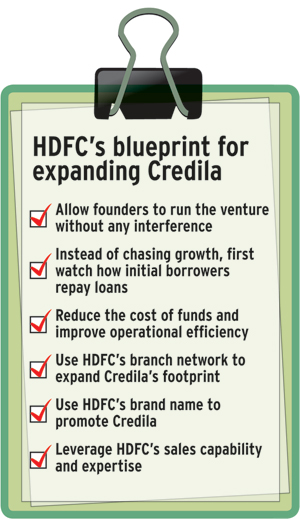 India's education loan market size is around Rs 43,000 crore, according to industry estimates. HDFC's focus on the education loan segment comes at a time when demand is growing at a fast clip because of the rising cost of higher studies and the inability of parents to to meet these expenses with their savings. The mortgage lender estimates there are about 14 million students in India's higher education sector, while around 200,000 students head for universities overseas every year.

Study loans are just one part of HDFC's plans for the education sector. The lender entered the segment about seven years ago in a small way. The idea was to leverage its mortgage portfolio to offer education loans to existing borrowers. HDFC also aimed to set up schools mainly for the middle class and run skill development programmes for graduates to address the shortage of skilled professionals in the country. While both these initiatives are in their infancy, the education loan business has grown rapidly after the HDFC Credila acquisition.

HDFC Credila started operations in March 2008, two months after DSP Merrill Lynch invested in the company. From March 2008 until HDFC bought out DSP Merrill, HDFC Credila had disbursed only Rs 20 crore. Since then it has sanctioned more than Rs 2,000 crore and disbursed nearly half that amount. The big surprise was in 2012 when HDFC Credila received more than 90,000 online applications for a cumulative loan amount of over Rs 8,000 crore. "It was more than we could handle," says Anil Bohora, Chief Operating Officer at Credila. The company looks at applicants' credit worthiness, the repaying capacity of parents, collateral, and the institute they are applying to while scrutinising loan applications.

HDFC Credila has built a good reputation among students in the short time it has been operating. Students going overseas comprise nearly half its borrowers. That is probably because of the higher ticket size of loans for studies overseas. The company has forged tie-ups with a number of educational institutions including those from Harvard University and Manipal University, as well as with engineering and management coaching centres. The institutes refer students to HDFC Credila if they need a loan.

HDFC Credila also sends its representatives to interact withstudents at the time of admission. Karthik Bharadwaj, a student at the Birla Institute of Management Technology in Greater Noida, says he had difficulty getting a loan from banks to pay for his admission because he had no collateral. "Banks refused to budge on their terms and didn't understand the urgency," he says. "HDFC Credila stepped in to offer Rs 10 lakh in just a week's time."

In some ways, HDFC Credila mirrors HDFC's own journey. HDFC was founded by Deepak Parekh's uncle, H.T. Parekh, in 1977. It had the first-mover advantage as there was no other mortgage lender in the private sector at the time. But this was also a disadvantage because, unlike state-run banks, it had no access to low-cost public deposits. What helped HDFC survive and expand was simplicity of products and a focus on customer service. Karnad sees these attributes in HDFC Credila too.

As with HDFC, HDFC Credila's main rivals too are state-run banks. State Bank of India and Canara Bank are the leaders in the education loan segment. SBI's outstanding education loan book was Rs 11,500 crore as of March 31, 2012, while Canara Bank's was at Rs 3,900 crore. But banks are getting cautious of lending to students. They do not have a focused approach toward education loans, and their credit evaluation standards do not take into account the job prospects of a borrower. This has pushed up the proportion of bad loans to as much as seven per cent of their portfolios.

We will see how the portfolio behaves over the next couple of years... and then take a call on growth: Renu Sud Karnad HDFC Credila has so far kept its bad loans under control, at just 0.07 per cent of 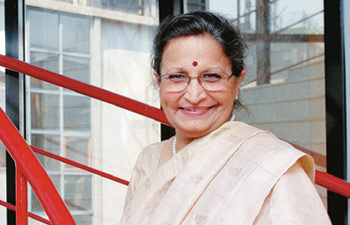 the portfolio. It earned a net profit - its first ever - of Rs 6 crore for the April-to-January period of 2012/13. But analysts say it is too early to talk about HDFC Credila's success. Ratings firm ICRA said in an April report the asset quality of HDFC Credila's portfolio is untested as it hasn't yet completed the first full business cycle in terms of disbursing its loans and getting the money back.

Rakesh Nangia, a chartered accountant who audits the books of many educational institutions, says banks have the upper hand in education loans because of a diversified retail portfolio and lower cost of funds. "A nonbanking finance company [such as Credila] has a highcost model that is not comparable to banks in terms of margins or profitability," he says. An analyst at a broking firm says HDFC succeeded in the home loan business because of strong collateral in the form of property. "It doesn't have that cushion in the education loan business." HDFC is not in a hurry to chase growth in the education loan business. When HDFC Credila got loan requests worth Rs 8,000 crore last year, the message was to do what could be easily managed. "We will see how the portfolio behaves over the next couple of years… and then take a call on growth," says Karnad.

0.07% The proportion of net bad loans in HDFC Credila's portfolio

The initial groundwork to integrate HDFC Credila with HDFC's processes has been completed. HDFC Credila has started operating from the mortgage lender's offices in more than a dozen cities. It is also leveraging HDFC's sales and marketing capabilities. CEO Ajay Bohora says HDFC's backing is helping HDFC Credila raise funds at lower interest rates than before. There are also challenges regarding asset-liability mismatches. This is because HDFC Credila offers loans for five to 10 years while it raises funds mostly for a shorter duration. Here too HDFC Credila is benefiting from its parent's expertise, as the mortgage lender is used to giving home loans for 15 to 20 years.

The Bohora brothers, who in 2003 sold their healthcare claims 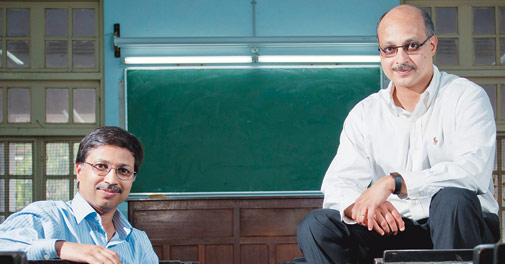 processing venture ClaimsBPO to WNS Global, have ambitious plans for Credila. They want to create India's first dedicated education loan company on the lines of Sallie Mae, the largest provider of study loans in the United States. It is not surprising they are taking inspiration from a US company. Both previously worked for US companies - Ajay with insurer MetLife and Anil with media company AOL Time Warner.

The brothers are picking up ideas from Parekh and other senior HDFC executives. They have already implemented Parekh's suggestions. The application form is now two pages and uses simpler words. Greater use of technology has reduced costs and improved operational efficiency. This is evident from the fact that it disbursed more than Rs 1,000 crore from only eight branches in a handful of cities, whereas state-run banks have hundreds of branches across the country.

Although the brothers, who own nearly 11 per cent of Credila, are serial entrepreneurs, they are content working for HDFC. "We are pioneering the education loan industry," says Ajay. "That is the biggest satisfaction."